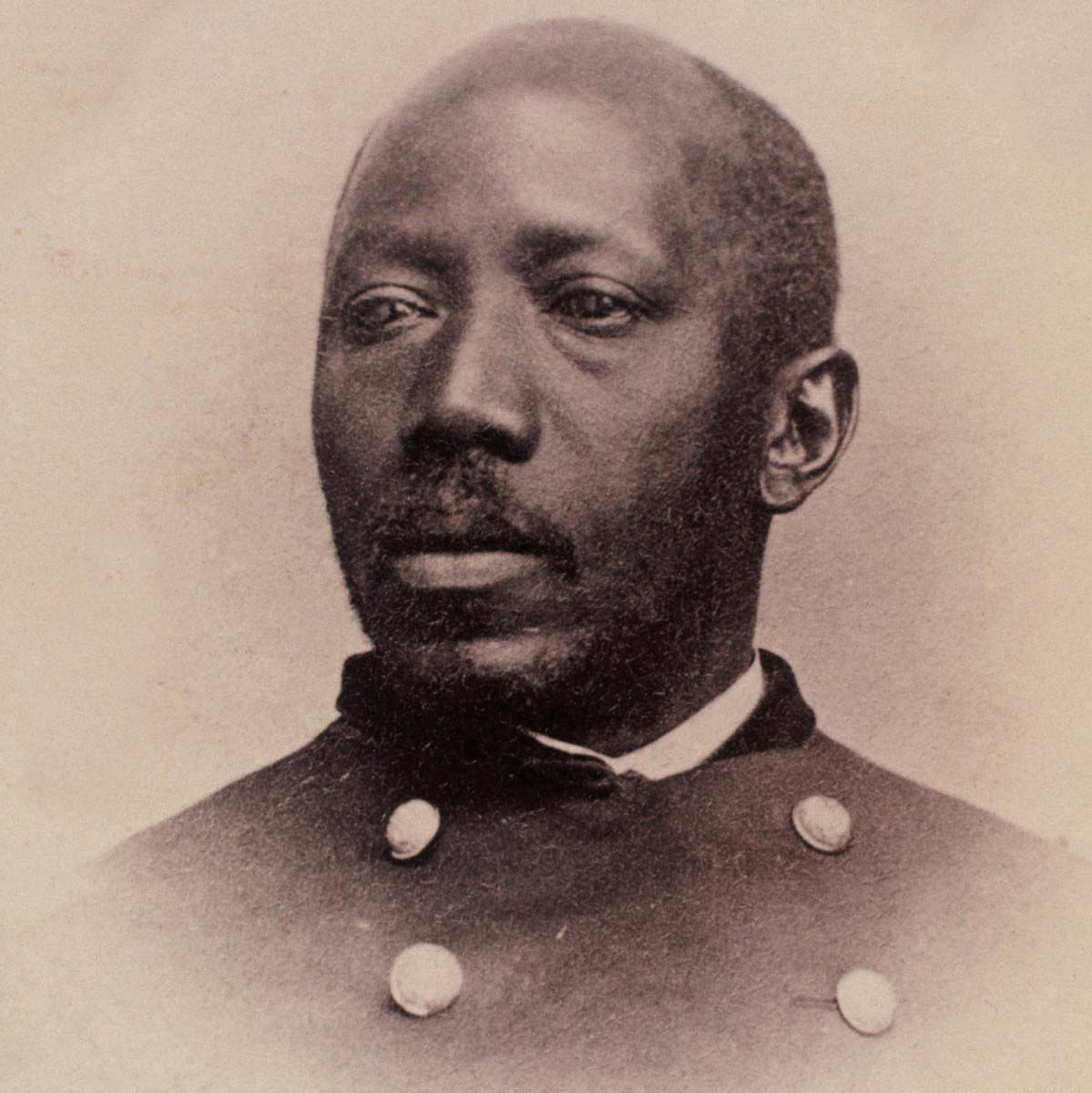 In this fiery speech1 Martin Robinson Delany, the son of free blacks and a leading African-American officer in the Union army, speaks to a congregation of several hundred at St. Helena Island, South Carolina, about the struggle against slavery and the struggle for freedom after the Emancipation Proclamation. Delany was employed by the Freedmen's Bureau at the end of the Civil War, but the bureau, worried about his politics, sent Lieutenant Edward M. Stoeber to listen to his address at the Brick Church at St. Helena Island. His account is the only existing text of this speech. Stoeber noted, "The excitement with the congregation was immense" and "cheers were given to some particular sentence of the speech." Afterward congregants told Stoeber, "they would get rid of the Yankee employer" and that Delany "is the only man who ever told them the truth."
From Voices of A People's History, edited by Zinn and Arnove

It was only a War policy of the Government, to declare the slaves of the South free, knowing that the whole power of the South, laid in the possession of the Slaves.

But I want you to understand, that we would not have become free, had we not armed ourselves and fought out our independence....

If I had been a slave, I would have been most troublesome and not to be conquered by any threat or punishment. I would not have worked, and no one would have dared to come near me, I would have struggled for life or death, and would have thrown fire and sword between them. I know you have been good, only too good. I was told by a friend of mine that when owned by a man and put to work on the field, he laid quietly down, and just looked out for the overseer to come along, when he pretended to work very hard. But he confessed to me, that he never had done a fair day's work for his master. And so he was right, so I would have done the same, and all of you ought to have done the same.

People say that you are too lazy to work, that you have no intelligence to get on for yourselves, without being guided and driven to the work by overseers. I say it is a lie, and a blasphemous lie, and I will prove it to be so.

I am going to tell you now, what you are worth. As you know Christopher Columbus landed here in 1492. They came here only for the purpose to dig gold, gather precious pearls, diamonds and all sorts of jewels, only for the "proud Aristocracy of White Spaniards'' and Portuguese, to adorn their persons, to have brooches for their breasts, earrings for their ears, Bracelets for their ankles and rings for their limbs and fingers. They found here... Indians whom they obliged to dig and work and slave for them—but they found out that they died away too fast and cannot stand the work. In course of time they had taken some blacks... along with them and put them to work— they could not stand it—and yet the Whites say they are superior to our race, though they could not stand it....

The work was so profitable which those poor blacks did, that in the year 1502 Charles the V gave permission to import into America yearly 4,000 blacks. The profit of these sales was so immense, that afterwards even the Virgin Queen of England and James the II took part in the Slave trade and were accumulating great wealth for the Treasury of the Government. And so you always have been the means of riches.

I tell you I have been all over Africa (I was born there) and I tell you (as I could to the Geographical Faculty of London) that those people there, are a well-driving class of cultivators, and I never saw or heard of one of our brethren there to travel without taking seeds with him as much as he can carry and to sow it wherever he goes to, or to exchange it with his brethren.

So you ought further to know, that all the spices, cotton, rice, and coffee has only been brought over by you, from the land of our brethren.

Your masters who lived in opulence, kept you to hard work by some contemptible being called overseer—who chastised and beat you whenever he pleased—while your master lived in some Northern town or in Europe to squander away the wealth only you acquired for him. He never earned a single Dollar in his life. You men and women, every one of you around me, made thousands and thousands of dollars for your master. Only you were the means for your masters to lead the ideal and inglorious life, and to give his children the education, which he denied to you, for fear you may awake to conscience. If I look around me, I tell you all the houses of this Island and in Beaufort, they are all familiar to my eye, they are the same structures which I have met with in Africa. They have all been made by the Negroes, you can see it by such exteriors.

I tell you they cannot teach you anything, and they could not make them because they have not the brain to do it. At least I mean the Southern people; Oh the Yankees they are smart. Now tell me from all you have heard from me, are you not worth anything? Are you those men whom they think, God only created as a curse and for a slave? Whom they do not consider their equals? As I said before the Yankees are smart; there are good ones and bad ones. The good ones, if they are good they are very good, if they are bad, they are very bad. But the worst and most contemptible, and even worse than even your masters were, are those Yankees, who hired themselves as overseers.

Believe not in these School teachers, Emissaries, Ministers, and agents, because they never tell you the truth, and I particularly warn you against those Cotton Agents, who come honey mouthed unto you, their only intent being to make profit by your inexperience.

If there is a man who comes to you, who will meddle with your affairs, send him to one of your more enlightened brothers, who shall ask him who he is, what business he seeks with you, etc.

When Chief Justice [Salmon P.] Chase was down here to speak to you, some of those malicious and abominable New York papers derived from it that he only seeks to be elected by you as President. I have no such ambition, I let them have for a President a white or a black one. I don't care who it be—it may be who has a mind to. I shall not be intimidated whether by threats or imprisonment, and no power will keep me from telling you the truth. So I expressed myself even at Charleston, the hotbed of those scoundrels, your old masters, without tear or reluctance.

So I will come to the main purpose for which I have come to see you. As before the whole South depended upon you, now the whole country will depend upon you. I give you an advice how to get along. Get up a community and get all the lands you can—if you cannot get any singly.

Grow as much vegetables, etc., as you want for your families; on the other part of the land you cultivate Rice and Cotton. Now for instance one acre will grow a crop of Cotton of $90—now a land with ten acres will bring $900 every year: if you cannot get the land all yourself,—the community can, and so you can divide the profit. There is Tobacco for instance (Virginia is the great place for Tobacco). There are whole squares at Dublin and Liverpool named after some place of Tobacco notoriety, so you see of what enormous value your labor was to the benefits of your masters. Now you understand that I want you to be the producers of this country. It is the wish of the Government for you to be so. We will send friends to you, who will further instruct you how to come to the end of our wishes. You see that by so adhering to our views, you will become a wealthy and powerful population.

I tell you slavery is over, and shall never return again. We have now 200,000 of our men well drilled in arms and used to Warfare, and I tell you ... that slavery shall not come back again, if you are determined it will not return again.

Now go to work, and in a short time I will see you again, and other friends will come to show you how to begin.